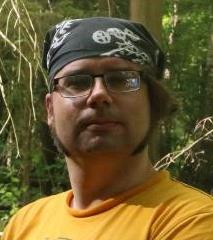 The creation of the Pleshchenitsy geophysical observatory dates back to 1958. Currently it is a branch of the The Centre of Geophysical Monitoring of the National Academy of Sciences of Belarus (CGM NASB). The observatory is located about 65 km to the north of Minsk on the outskirts of the Pleshchenitsy settlement. This area is located within the Belarusian massif, where the crystalline basement lies at a depth of 500-550 m.

On the basis of the Pleshchenitsy geophysical observatory, continuous variational observations of the elements of the geomagnetic field D, Z, H, T are carried out to study their secular variations. Such observations on the territory of Belarus have been conducted since 1960.

In 2019, Geophysical Center RAS and the Centre of Geophysical Monitoring of the National Academy of Sciences of Belarus. Plans were made for further joint development of the observatory, including:
http://www.cgm.org.by/index.php?id=328
RSCI • ISTINA • Scopus • Publons • CV
Top